Private Arthur Baldwin was the son of George Charles 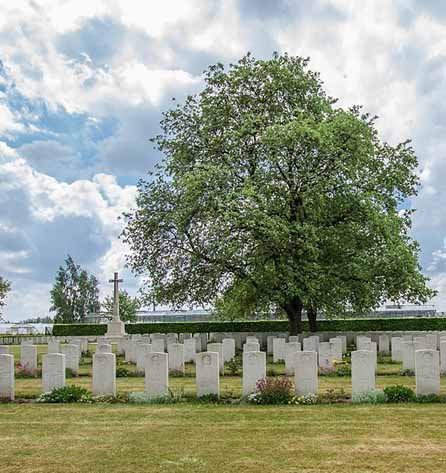 Poulton Baldwin and his wife Ellen Maria. The couple had ten children and lived in the little houses in Park Folly off Coventry Street.  Charles was a labourer at the cement works.

Arthur served with the Hampshire Regiment before being transferred to 2/4 Royal Berkshires. He was just twenty years of age when he was killed in action near Laventie on Friday September 13th 1918.

The official War Diaries give a flavour of the quiet days. It was September in what was to be the final phase of the war and generally the action and losses were not as severe as in early months of the year when the Germans made their big ‘push’.

The Royal Berks relieved the Northumberland Fusiliers on the night of 11th September 1918 and then went forward into the front-line positions taking over from Ox and Bucks ‘all flares, Very lights, grenades, tools…’.  The days were quiet as the companies settled in and worked to renew the facilities. Packs, kits and stores were ‘stacked on the road’. One patrol brought in two escaped Portuguese prisoners otherwise days were warm and quiet. But there was ‘considerable shelling at night’ and although there were not great losses for none are noted in the war diary, it was then that Arthur was killed.

He is buried at the Laventie Military Cemetery in Northern France.